I have been few places where the stars shine so brightly as the Aqua Nicaragua resort. I hope to find more places, like perhaps the African savannah or Alaska, with even more grand views of the night sky, but thus far my traveling has been somewhat limited. We sat on the beach last night after dark looking at the familiar constellations of Orion, the Big Dipper, and the Pleiades bathed in a host of new stars henceforth unseen. The backdrop of the Milky Way spread across the sky - a sight I've never seen this clearly before - and I was reminded again of how many distractions have distorted my vision of Christ recently.

I've been humbled recently by the warning in Hebrews 2 not to neglect so great a salvation. The turbulence of the last six months, despite being wonderfully full of great conversations with students, time with friends, and adventures, has been distracting me from my creator and savior. But as always, he brings me to repentance through his extraordinary tenderness. It took a treehouse on the Nicaraguan coast to realize how so many great things can turn my focus away from the very one who cast all those stars into the sky. But it was the tenderness of a dear friend, the beauty of creation, and a few crazy adventures to remind of me of his great kindness towards those he loves.

So I'm back, and though I may need to find a howler monkey ringtone to wake me up each morning, I am thankful for the reminder to clear away the distractions more often to see the beauty that is out there.
Posted by Wendy Stallings at 6:37 PM No comments: 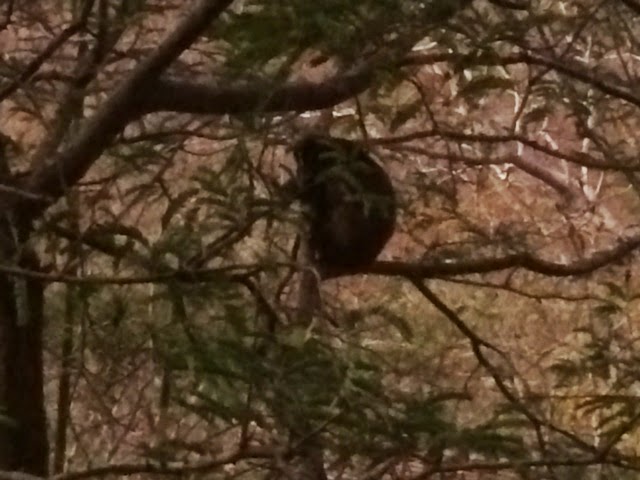 I'm sitting in the dark typing this blog post and watching the howler monkeys outside my treehouse as night falls in Nicaragua. I arrived at midnight last night having had only four hours of sleep in the last thirty six hours. My driver, Ricardo, spoke about 24 words in English and I spoke about 12 in Spanish, but he had a sign with my name on it, so I thought what the heck, and hopped in the hotel "shuttle."

We had a two hour car ride at night through the Nicaraguan countryside with REO speed wagon and assorted other early nineties love songs playing in the car, so of course I decided it was the perfect time to learn Spanish. And what better way to learn than by jumping in and asking his name. Well, in hindsight it occurred to me that the word for name sounds a lot like the word for love. And I'm pretty sure by the look on his face that instead of asking his name, he thought I told him I loved him. Of course I was so tired and he was the only way to my hotel, so it may have been a little true.

It just got more awesome from there. After sorting out that awkwardness, we proceeded to mime words to each other and I think I learned how to say tree, stars, beautiful, and large - and it only took two hours.

After just a few hours of sleep in a tree house with the windows open, we awoke to sunrise and the dulcet sound of howler monkeys outside. Then sunshine, hiking, rest, making cacao from the beans, and fellowship with a dear friend. Slowly, very slowly, I feel my sanity returning.

But, mom, I promise not to bring Ricardo home.

Posted by Wendy Stallings at 7:43 PM No comments: 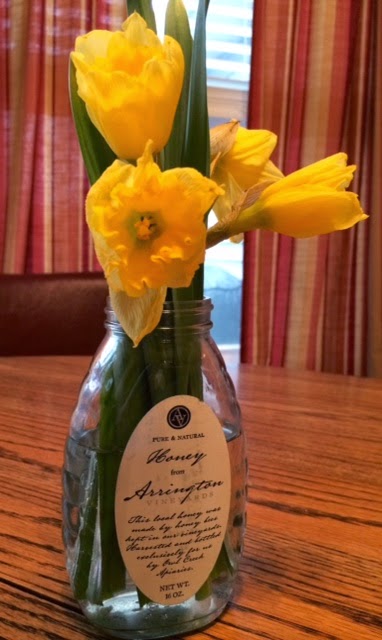 Sometimes I wonder how anyone above the Mason-Dixon line survives winter without becoming a serial killer. Seriously. Winter is always hard. I think I just forget how hard, and it catches me by surprise. Every. Single. Year. If it weren't for nearly twelve hours of plane flight delays, I'd be sitting on the beach in Nicaragua with one of my closest friends drinking in sunshine and rest and fellowship. Instead I'm sitting in the Houston airport beneath the same gray dreary skies that haunt Nashville and sifting through endless pages of AP curriculum material and pedagogical research on grit and self control while receiving text after text documenting yet another delay.

This winter, like this travel day, seems to stretch on forever.

But this winter is also a beautiful season. The extended cold is actually good for my favorite trees. Both the cherry tree and the lilac in my yard need a cold winter to set the blooms, and the colder the winter, the more majestic the blooms should be and the more bountiful the fruit. Although still early, I've started checking them regularly for buds, desperate for my favorite signs of spring.

After pouring myself into the lives of so many students and parents this year, I looked around about December and realized that all the safe people in my life - close friends I could trust to love me even when I fall apart - had vanished. It's not that they weren't safe or we weren't friends anymore, but I had let single parenting, crazy long work weeks, and geographic distance become excuses for not intentionally investing in some of the relationships I needed most. I know that isolation from community makes me vulnerable to a host of sins, so I took an even scarier step and signed up to meet with a counselor.

Since then I've been doing some of the ugly work of winter. Some dying, some pruning, some intentional sowing. It's hard work, but good work, to dig in the soil of my soul and intentionally root out destructive thoughts and patterns. Maybe that's why this winter has felt so long, but I am continually thankful for his promise that all things will be made new. So I keep looking for those buds.
Posted by Wendy Stallings at 5:42 PM No comments: